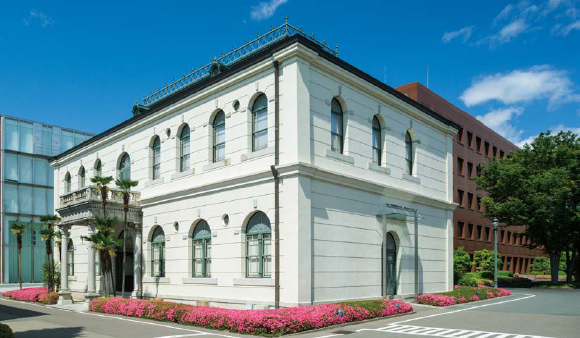 The land where the Headquarters of Nissha Co., Ltd. is located was the very center of the city in the Heian-kyo era (794-1868), when Kyoto was the capital of Japan. It is the former site of the Suzakuin hermitage, which is where successive emperors including Emperor Uda (867-931) and Emperor Murakami (926-967) resided after their abdication. Later, in 1906, the current building was constructed as the headquarters of the spinning company, the former Kyoto Menneru Co., Ltd. It is therefore an extremely valuable building from the Meiji period (1868-1912) with already more than a century of history behind it. Nissha Co., Ltd. took over the building in 1948 and continued to use it as the company’s headquarters for 34 years until 1980.

A full-scale structural inspection by specialists began around 2003, and conservation and repair efforts, including seismic reinforcement work, was completed in December 2008. The Nissha Museum of Printing History opened on the first floor in the following year. The operation of the Museum was wholly consigned to NISSHA FOUNDATION by Nissha Co., Ltd. The building was recognized as a National Registered Tangible Cultural Property by the Agency for Cultural Affairs in December 2011 and will be preserved long into the future as a structure representing culture and history.

History of the Main Hall 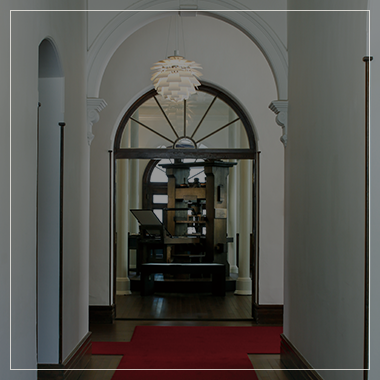 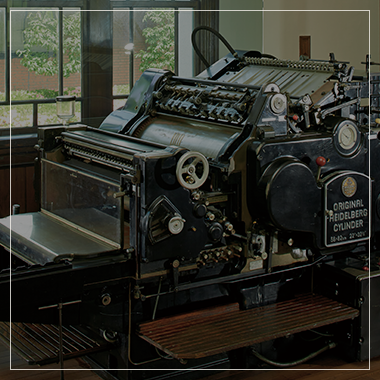 Please make a reservation call by the day before for both groups and individuals. There is no fee for entry.

The secretariat of NISSHA FOUNDATION
Opening hours: 10am to 5pm
Closed: Saturdays, Sundays and holidays