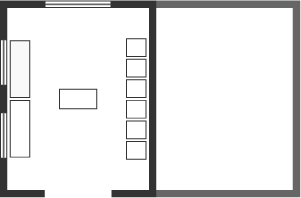 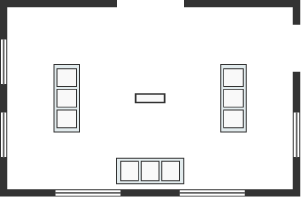 THE MUSEUM OF PRINTING HISTORY

Cuneiform characters, created by the Sumerians, were widely used in the ancient Near East centered in the Mesopotamian region for about 3,000 years from about 3,500 BC to 500 BC.
The clay tablet in the exhibition is an original item used in the period of the third Dynasty of Ur, which dominated the area around 2,000 BC, almost 4,000 years ago. The characters were pressed into the clay tablet with a reed stylus, and the tablet was dried under the sun, or baked, surviving intact to this day.

This was printed with either a copper sheet or wood block in the Nara period (710-794). It is the oldest mass-printed item in the world for which the date of production is known. Empress Koken, the forty-sixth emperor, ordered the printing of 1 million sheets of sutras of four different types and the production of 1 million small pagodas from hinoki cypress and cherry trees. Their purpose was to mourn those killed in action in the Rebellion of Emi no Oshikatsu (or, Fujiwara no Nakamaro) in 764. Six years later, in 770, the 48th emperor, Shotoku (Empress Koken in her second enthronement), presented 100,000 each of these items to what at the time were the ten great temples of Nara, including Todaiji, Horyuji, Kofukuji and Yakushiji. War damage and fires since mean that they now remain only in Horyuji. This valuable exhibit is one of the 962 pagodas that were put on the market by Horyuji in 1908 as a reward for donations when raising money for temple repairs.

In 1445, the German goldsmith Johannes Gutenberg cast printing type from a metal plate comprising mainly lead, becoming the first person to produce lead alphabet printing type. Later, in 1455, inspired by a grape press, he invented a manual printing press. He also developed oil-based ink at the same time. He is known as the father of printing around the world because of this invention, which ranks with gunpowder and the compass as one of the three great inventions of the Renaissance. The German woodworking company, the “Lacher Studio”, was commissioned to produce this exhibit, which is made to exactly the same specifications as the printing press exhibited in the Gutenberg Museum (the original device no longer exists). The woodworkers involved in the production came to Japan to assemble it. The project was supervised by the director of the Gutenberg Museum.

180 copies of the 42-line Bible printed on the Gutenberg printing press with Latin printing type were printed in its time and there are now only 48 copies remaining in Europe. It was big news in 1987 when Maruzen obtained one with a bid of 780 million yen at an auction in New York. It is now held at the Keio University Library. Apart from the characters, all the brightly colored illuminations were rendered by hand. Until Gutenberg developed printing technology, the Bible and other books had all been handwritten one character at a time by specialists. This exhibit is a facsimile edition, specially made to be as close as possible to the original, including the cover page.

TThis is an original wooden printing type thought to have been used during China’s Song Dynasty era in the years of Qing Li’s reign (1041 -1048). It was acquired at an auction in Germany. The items are carved out of wood and thus were not suitable for repeated use, so surface wear can be seen in the characters. There are also records of the use of copper cast printing type during the Goryeo Dynasty in Korea in the first half of the 13th century. However, it was with the lead printing type invented by Gutenberg in 1445 that printing started in earnest. A patrix, which is characters carved into a hard metal, is produced first and then pressed into a softer metal such as copper to produce a matrix. A lead alloy is then poured into the matrix to produce the printing type. The items exhibited are a matrix and lead printing type used at Nissha until around 1985.

In 1798, the German Alois Senefelder developed the technology for lithographic printing. The base was an aqueous stone produced in the Bayern district of Germany comprising mainly calcium carbonate. An image was drawn on the stone with a fatty crayon and then coated with a nitric acid and gum arabic solution. Senefelder discovered that when a roller is then used to apply an oil-based ink, the separation action of water and oil means that the ink adheres. This is said to be the starting point for the planographic (offset) printing of today. Lautrec and other lithographers produced many pieces of work at the time with this printing machine. Experts judge the machine exhibited to be the same model as the type used at Lautrec’s printing studio. It was installed after three days of fumigation

In 712, during the Nara period, the emperor mythology that had been communicated by a clan of narrators until that time was faithfully described in writing by O no Yasumaro and brought together in three volumes. The Nihon Shoki (Chronicles of Japan) was issued 8 years later, in 720. The exhibit is a faithful reproduction using Japanese paper close to that used at the time. A feature that sets it apart is all three volumes being bound with thread in the Japanese style.

53 Stations of the Tokaidov
(Reproduction)

In 1832, Hiroshige Utagawa traveled the Tokaido route from Edo (modern-day Tokyo) to Kyoto as a member of an official delegation delivering horses to the Emperor. He drew many sketches based on the 53 post stations on the way, a collection of which were published as woodblock prints. Those displayed are the Hoeido edition. Publications using printing type were very popular for a time in the early Edo period, but the large variety and complicated nature of Japanese characters meant that they did not spread, and the golden age of woodblock printing of pictures, such as ukiyoe, continued.

Kaitai Shinsho, published by Suharaya Ichibei in Edo (modern-day Tokyo) in 1774, is a set of woodblock-printed books consisting of one introductory and four main volumes. The original Dutch work, written by Dr. Kulmus, was translated into Japanese by Sugita Genpaku, Maeno Ryotaku, and Nakagawa Jun’an. Odano Naotake copied the fine, precise anatomical drawings and the frontispiece using a writing brush. The Kaitai Shinsho exhibited here is a very valuable first-edition copy. It was a popular book that went through six editions over the next 70 years.

Shozo Motoki is called the father of printing in Japan and is said to have been involved in the printing of seven books over four years using a Dutch printing press at the Katsujiban Suritatejo (Typography Center), set up in the Nagasaki Magistrate’s Office in 1856. The book exhibited here was the fourth to be printed on that press, titled Gemeenzame Leerwijs, voor degenen, die de Engelsche Taal beginnen te leeren, edited by Van der Pijl and Schuld. It is a primer showing Dutch words on the left of each page and English words on the right. The movable type cast locally in Nagasaki was rudimentary and the spaces between the lines are not consistent.

Sagabon were personal publications by the Suminokura family, who were wealthy merchants in Saga, Kyoto, in the early Edo period. They were published with the cooperation of Honami Koetsu and others, using old printing type. This exhibit is a reproduction printed in 1934 by Suzuki Shobisha, the predecessor company of Nissha.

Published in 1949, this was the first full-scale post-war Japanese dictionary using modern kana (phonetic Japanese script). It was a huge publication of over 2,300 pages and attracted much attention as soon as it went on sale, and went through repeated reprints.

Kimono sample books were published annually and involved a great amount of work, starting with the photographing of the models. There were strict requirements for coloring that matched that of the original fabric samples. The exhibit is a book produced in 1957.

In 1927, the first platen printing machine from the German company Heidelberg arrived in Japan. (It is now on display in the 1st floor lobby of the First Headquarters Building.) Being a large-quantity printing machine with automatic paper feeding, it contributed greatly to the development of the printing industry in Japan. From the late 1950s, several of these large-scale letterpress printing machines were introduced and they gained great popularity as all-round machines that could handle anything from simple jobs to heliotype.
The machine exhibited is for shiroku-hansaiban sized paper, and was installed in 1968. This letterpress printing machine offered the highest level of quality at the time and the unprecedented high speed of 4,600 sheets per hour. There were around 40 of these machines installed at the factory on these grounds and they were used to print Genshoku Nihon no Bijutsu, Kokuho and other publications.